Today we began our day with a devotion reflecting on being challenged for good.  The Secretary General from the Kosovo YMCA shared her story of being a 14-year-old girl on the run and hiding in the woods from soldiers during the ethnic cleansing that occurred during their civil war.  War had turned her and her family into refugees who had to escape their burning village to the Albanian border. After the war finally ended and Kosovo declared independence in 2008, Dorina became the leader of the Y at the young age of 23. She returned to Kosovo after the war ended to work for peace and reconciliation at the YMCA. She pioneered the “Roots for Reconciliation” program, a YMCA Europe initiative for stronger youth activism towards peaceful transformation of conflicts in Europe. I was extremely amazed and moved to see how a person who has lived through such strife can emerge a triumphant and visionary leader. Her story was very inspiring and reminded us of the injustice many youth around the world encounter every day. A quote she left with us that I found inspiring was by Mother Theresa, who like Dorina, was also Albanian. “Peace begins with a smile.”

After the devotions session, we had our group meetings and broke up into small groups to identify and discuss the untold story of youth injustices and how our local YMCAs were addressing them. Our group came to an understanding that rather than it being an “untold” story, youth issues are oftentimes problems that everyone already knows about, but do not actively respond to it.

After lunch, we headed out to our separate excursions. 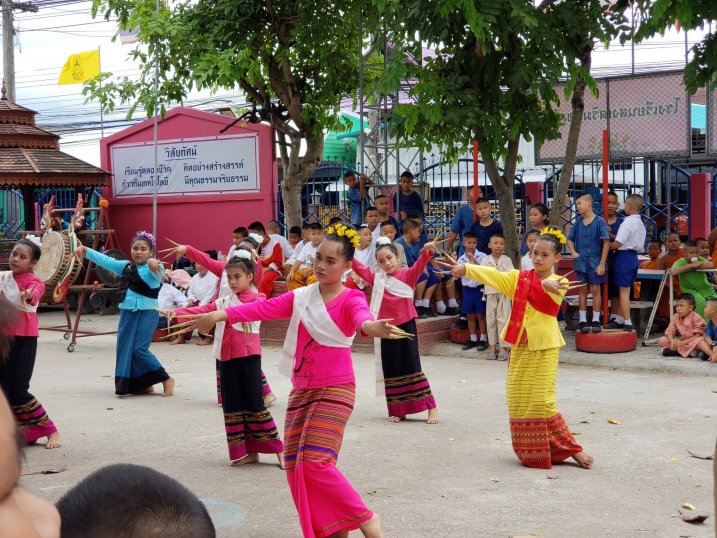 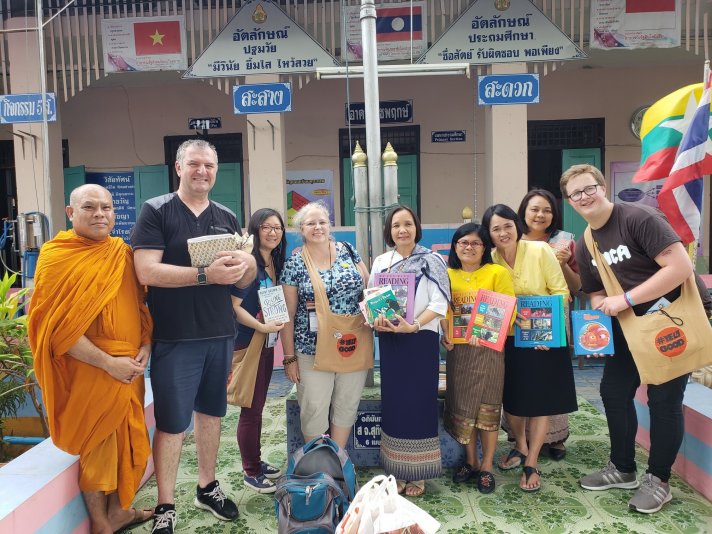 I went to a Thai school where the students and staff welcomed us warmly and shared the collaborative work that the Chiang Mai YMCA is doing at the school around sustainability.  The YMCA is helping the school with growing healthy vegetables for their lunches, composting, and reducing environmental impact through reuse and recycling.  For example, the children make crafts from the plastic liners of their milk containers.  The students shared some Thai cultural arts including a traditional dance performance and drumming.  They shared some local snacks including longan fruit, rice cakes with watermelon, and a delicious juice from the leaves of the butterfly pea.

It was a great day learning about the Thai students and their collaboration with the Chiang Mai YMCA. 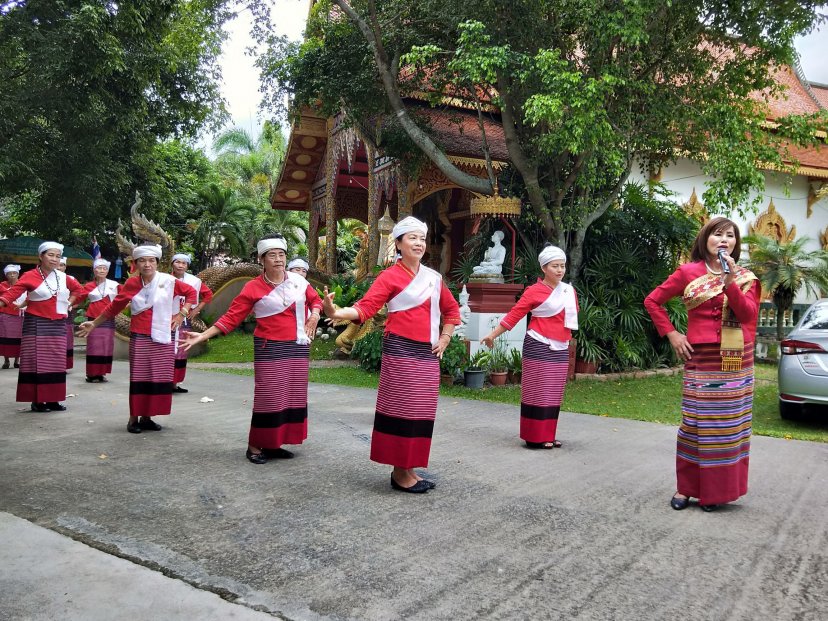 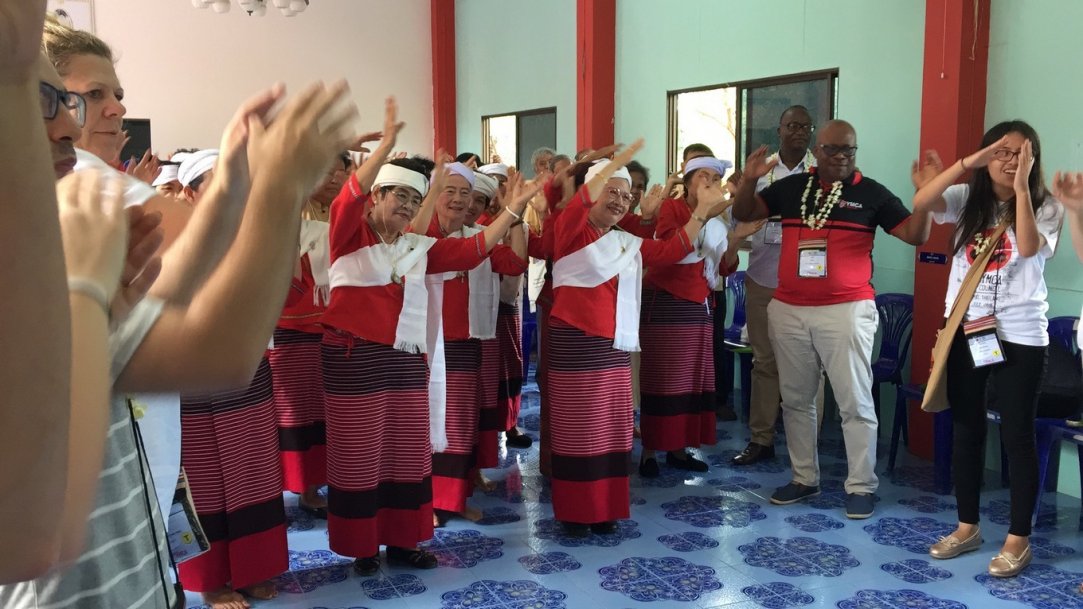 My excursion went to visit the Elderly School at Baan San Klang in the San Pa Tong District of Chiang Mai. The mission of the school is to improve the quality of life for seniors. We learned about the current situation of the seniors in Thailand in which the elderly is becoming increasingly socially isolated with little opportunity to mentally and physically engage their bodies. The school opened in 2014 for the elderly for 55 years of age and up. The school provides classes that help seniors to mentally engage, socialize, and learn skills to become independent. Classes focused on social studies, hygiene, Buddhism, arts and crafts and recreation. When we first arrived, the seniors greeted us with smiles welcomed us with Thai dancing and music. We participated in some activities where the seniors taught us how to make flower bouquets they made to sell at the local market and paper cutout decorations used for religious décor that they also sold. They served us crispy rice cakes, watermelon, pineapple, herbal drinks, and steamed sticky rice and red beans wrapped in banana leaves. 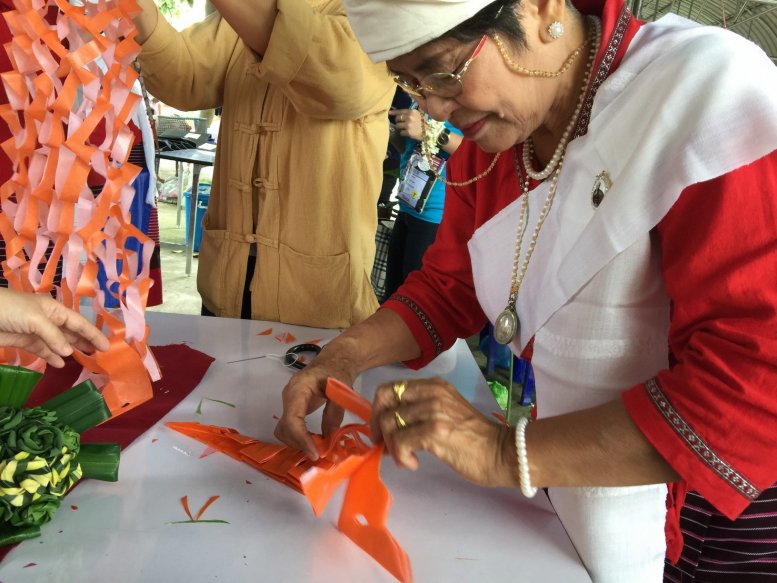 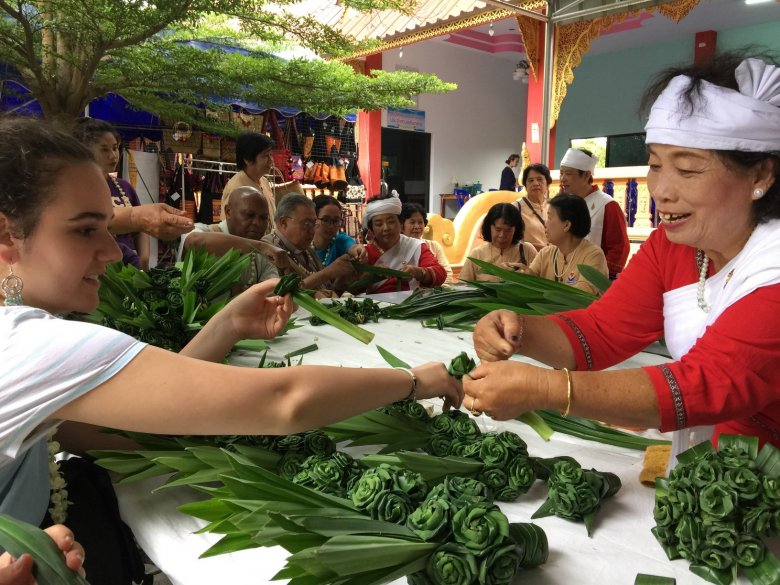 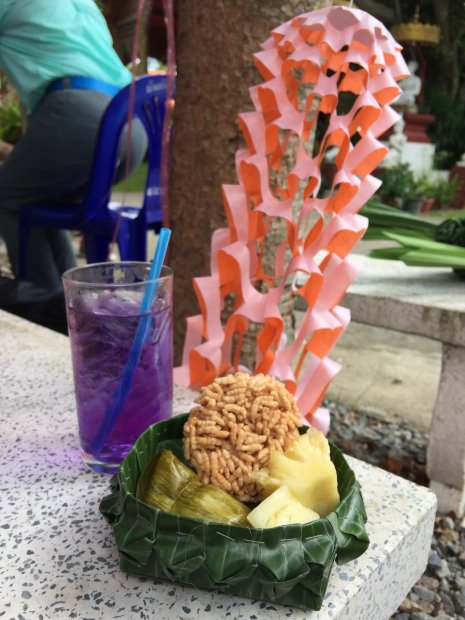 After the excursion, we went to the Chiang Mai YMCA and participated in some group discussion work with our excursion group. We learned about a great program from YMCA of Italy called “Play With No Limits”. The program was designed for youth with special needs to engage in sports like a basketball teams for youth with down syndrome, or wheel chair basketball team to prevent obesity and encourage inclusive social engagement. Staff are professionally trained to work with the special needs population to provide a safe and welcoming environment.

We ended the night with a great dinner at the Chiang Mai YMCA along with some live music.

All in all, today was definitely a lot of fun and filled with learning. Although so far every day has been so!