After 16 long hours of flying from JFK to Guangzhou, China, a layover of 3 hours and then another 2-and-a-half-hour flight from China to Chiang Mai, we have finally arrived in Thailand! Huzzah! While traveling, we coincidentally met a couple other YMCA World Council goers! It is a small world indeed.

While flying from China to Thailand, one of the YMCA conference attendees we met in JFK actually had a seat next to us on the flight! We learned about her role in running the New American Welcome Center in Chinatown. Their program not only helps new immigrants with the immigration process, but also helps with their transition by providing evening classes for English to adult immigrants, predominantly from Asia, most of them from China, Hong Kong and the like.

After we had checked into our hotel, we went on a Food and Cultural Tour from Airbnb that we had booked the day before we landed, knowing that we had limited free time in Chiang Mai. We hailed a Red Taxi, which is one of the popular modes of transportation here. The Red Taxi is like a small caravan or pickup truck that is open in the back and you sit on two benches inside, with no seatbelts. The Red Taxi took us to meet with our tour guide, Tina, at the Three Kings Monument of Chiang Mai. The Three Kings Monument is a monument memorializing the founders of Chiang Mai. 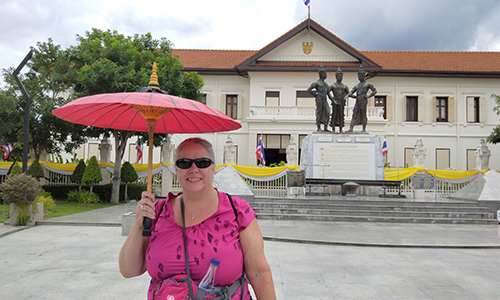 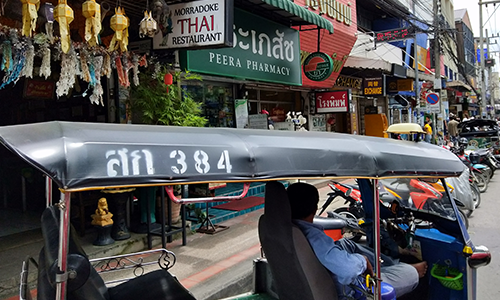 Our tour guide is a local from Chiang Mai who has been in the touring business for over 30 years. She was knowledgeable in the cultural history of the city, and took us to a many temples and introduced us to local dishes like Khao Soi (an egg noodle dish with yellow curry), Thai Pork sausage, and Mango Sticky Rice. All were delicious! The tour ended in the Warorom Market where it was both a day market and flower market. The tour was very interesting and she taught us a lot about the Buddhist culture, the local culture regarding dress codes, and more. When we finally returned to the hotel, we were very tired but powered through like champs! We got ready for our USA delegation DIG dinner reception in the same hotel we were staying at, and enjoyed a pleasant evening meeting new YMCA people from around the US. 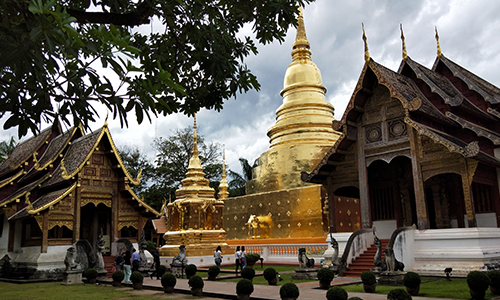 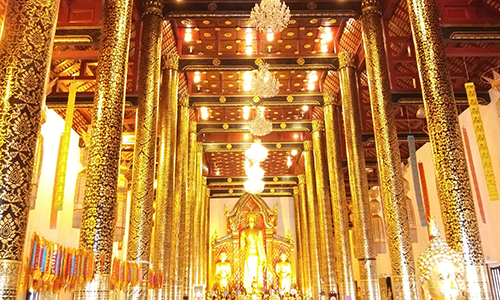 It was nice finally meeting a number of the Y-USA staff that I had heard from and emailed with over the past few months getting ready for the conference! I also met a number of YMCA staff from Houston, Cesar and Jeff, who do amazing work with refugees and immigration services. Their services are vast and very in depth, providing refugees with asylum, with legal counsel, and much, much more. 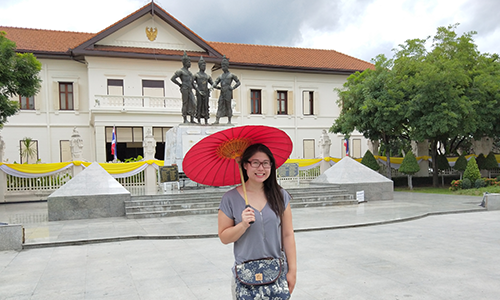 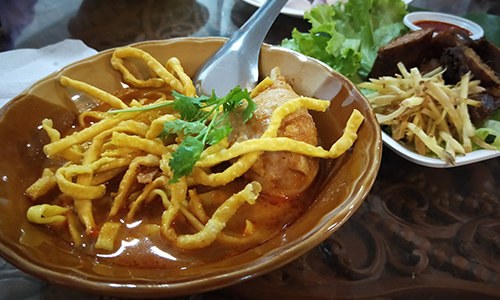 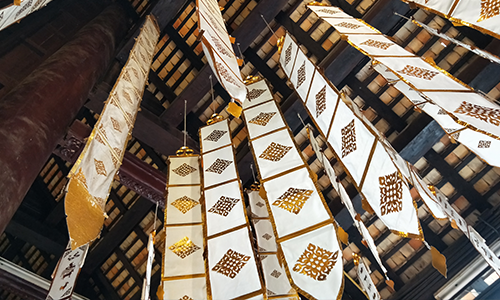 Emily was excited to meet up with many old and new friends at the dinner. She had catch up conversations with Chad from YUSA and Rayda from the New York Y.  Rayda had gone to an elephant sanctuary earlier in the day where she was able to get up and close with these gentle giants.  Emily also talked with Jaime and others from the San Francisco Y who brought along a large delegation. 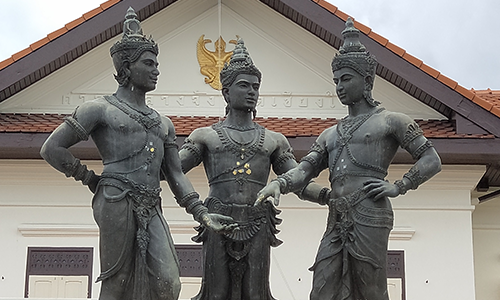 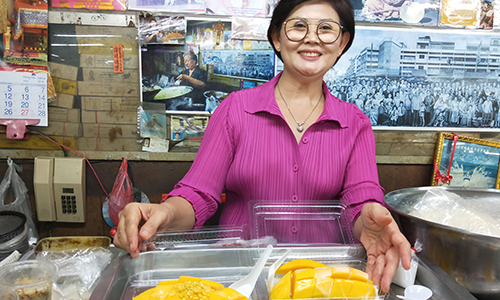 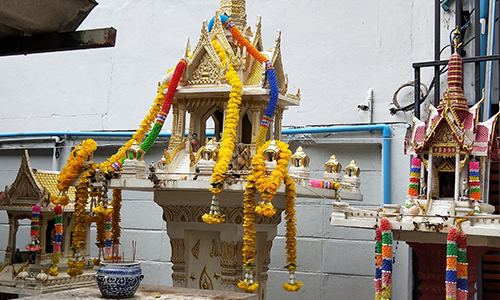 We are so excited for tomorrow! Among many things, we’ll have time with the incoming Secretary General for the first time at the DIG Mini Conference in the Chiang Mai YMCA! Then we’ll be attending the Opening Ceremony and officially being the World Council conference. So much to do, and so many people to meet! It is so far very exhilarating and exciting!

Stay tuned as we update with more exciting news from Chiang Mai!